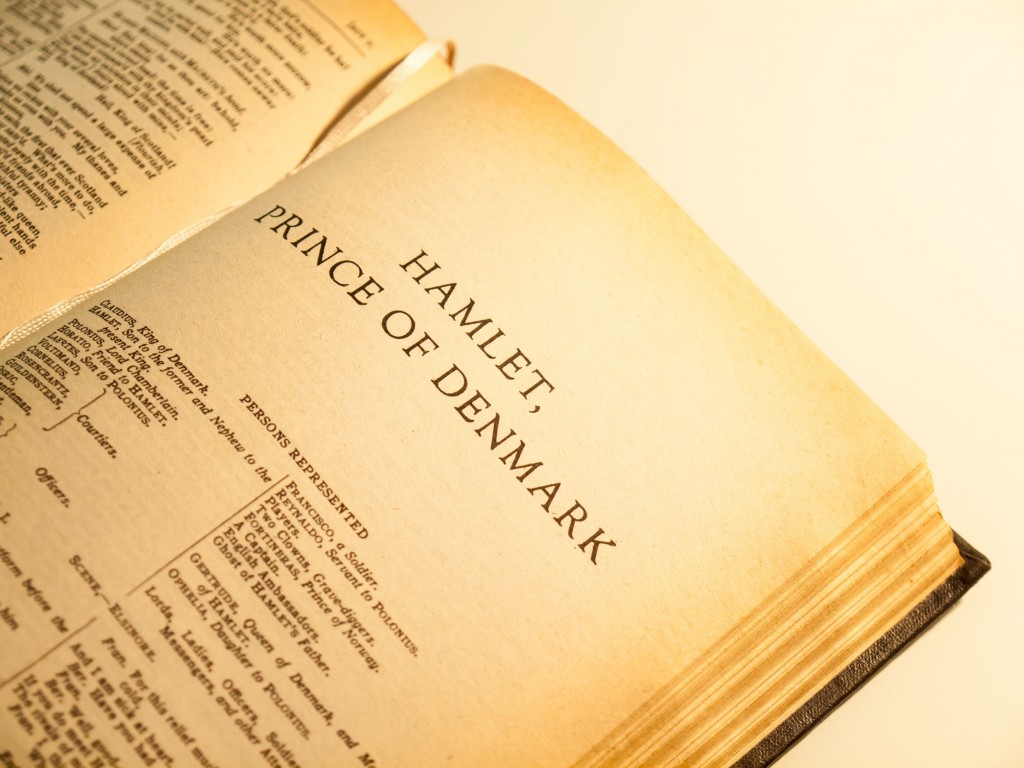 4.The Brothers Karamazov by Fyodor Dostoevsky

The Brothers Karamazov is Dostoevsky’s final novel. Dostoyevsky spent nearly two years writing The Brothers Karamazov. It is a passionate philosophical novel set in 19th century Russia. It enters deeply into the ethical debates of God, morality and free will. This spiritual drama conveys moral struggles concerning faith, doubt, and reason, facing a modernizing Russia. Dostoyevsky composed the novel in Staraya Russa which inspired the main setting. The Brothers Karamazov has been acclaimed as one of the supreme achievements in literature.

Hamlet, Prince of Denmark, a tragedy by William Shakespeare takes place in the Kingdom of Denmark. It tells about Prince Hamlet’s revenge on his uncle Claudius for murdering his father King Hamlet (who is Claudius’s brother) and taking over the throne and marrying the old king’s widow and Prince Hamlet’s mother, Gertrude. The play vividly conveys true and feigned madness, overwhelming grief and seething rage and explores themes of revenge, incest, treachery and moral corruption. Being the Shakespeare’s longest play, Hamlet is regarded as the most powerful and influential tragedies in English literature. It is also the most performed worldwide. It has inspired writers like Goethe and Dickens and even Joyce and Murdoch. The tragedy of Hamlet is also the world’s most filmed story after Cinderella”.

Anna Karenina, a poignant and heartbreaking novel is about intense passion and love as well as the repercussions of infidelity and jealousy. The book tells of the tragic love affair between the sensuous and rebellious Anna and attractive officer, Count Vronsky. The tragedy starts from the moment Anna rejects her passionless marriage and stands against the hypocrisies of society. The story takes place in the nineteenth-century Russia and plays out the contrasts of city and country life and all the variations on love and family happiness. This classic story of doomed love created by Leo Tolstoy is one of the most admired novels in world literature. Generations of readers have been fascinated by his magnificent and courageous heroine, the unhappily married Anna Karenina, and her tragic affair with Count Vronsky.
7.A Christmas Carol, by Charles Dickens
Christmas Carol is a novella by Charles Dickens, an English writer. It tells the story of a bitter old miser Ebenezer Scrooge, and about his transformation after supernatural visits by Jacob Marley and the Ghosts of Christmases from Past, Present and future. The book has made one of the greatest impacts in reviving the old Christmas traditions of England. It brings to the reader images of joy, warmth, light and life and at the same time it shows unforgettable images of despair, coldness, darkness, sadness and death. Scrooge is an embodiment of winter but his cold heart restores and becomes as innocent as in his childhood and youth, just like winter is followed by spring and summer.

The Little Prince is a novella written by a French aristocrat, poet, writer and an aviator Antoine de Saint-Exupéry. It tells about curiosity, beauty, love, and loss, seen from innocent eyes of a little Prince who lives on a little planet and is in love with a rose. Little Prince is the most read and most translated book in the French language. It was ranked as the best book of the 20th century in France. The book is translated into more than 250 languages and dialects and Braille. Over a million copies are sold per year worldwide. It is one of the favorite books for children and the adults. “Goodbye,” said the fox. “And now here is my secret, a very simple secret: It is only with the heart that one can see rightly; what is essential is invisible to the eye.”

One Hundred Years of Solitude tells the multi-generational story of the Buendia family whose patriarch José Arcadio Buendía establishes the town of Macondo. It is the story of the triumph and disaster, birth and death, joy and despair of Buendias and the mythical town of Macondo.
One hundred years of Solitude, with its inventive, magnetic, amusing, sad and alive pictures, unforgettable men and women, compassion, truth and soul-striking magic is a masterpiece in the art of fiction and a very important representative of Latin American literature of the 20th century.

Harry Potter is truly a book that has influenced young generations of the late 20th century. It is a series of seven fantasy novels created by the British author J. K. Rowling. It depicts a chronicle of the adventures of a wizard, Harry Potter, and his friends, students at Hogwarts School of Witchcraft and Wizardry. The main story is about Harry’s hunt for the Dark wizard Lord Voldemort. The latter intends to become immortal, invade the wizard world, subjugate non-magical people, and destroy all those who dare to stand in his way, especially Harry Potter. The book has gained immense popularity as well as criticism immediately after release. Also, it has brought a huge commercial success worldwide, the book series has sold more than 450 million copies becoming the best and fastest-selling book series in history. The series of Harry Potter include many genres, such as fantasy, mystery, thriller, romance and adventure but like the author says the main theme is death.