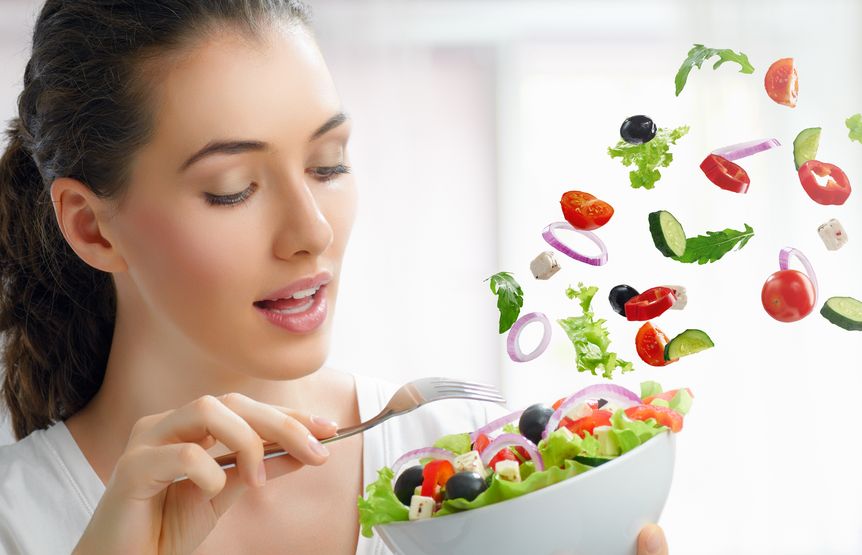 If a single food was guaranteed to make you instantly happy, stores would have to fight back the feverish shoppers. Even though there are foods that are healthy, and can also act as a natural anti-depressant. Here are the best foods that will make you happy and be sure to eat a variety of these foods, rather than focus on one magic bullet.

Swiss-Chard is little used vegetable that contains a lot of magnesium. This nutrient is a vital part of the biochemical reactions which increase energy levels in the human body. One study in 2010 in the Australian and New Zealand discovered that lower magnesium levels are associated with higher depression scores.

Blue-potatoes are not exactly a common place produce to find in every grocery store. However, they contain powerful antioxidants, well known as anthocyanins; these antioxidants provide neuron protective qualities, such as reducing the brain inflammation, being commonly linked to depression, and increasing short-term memory. Additionally, the iodine found in the peel maintains your thyroid gland.

Mussels have moderate to high amounts of Selenium, Vitamin B12, protein, Iodine, and Zinc, while being low in fat and calories. As previously mentioned, the Iodine helps to support your thyroid gland and thus helps to regulate your mood and weight; Selenium and Zinc help your thyroid gland, as well. The Vitamin B12 helps to insulate and strengthen a person’s brain cells, which keeps the brain sharp for a long time. Be sure to eat farmed mussels rather than wild ones. They will not only benefit your health, but also the health of the environment.

Dark chocolate has benefits that German chocolate and milk have not got. Dark chocolate improves the blood-flow to your brain and provides an instant boost in mood and concentration. This will help you to feel more vibrant and energetic. However, do not go overboard! The experts say that all you need is a few ounces of dark chocolate per day to reap all its benefits.

Greek yogurt enriched with Calcium has large amounts of this vital nutrient even more than milk. It helps your brain by causing it to release happiness inducing hormones. Greek yogurt also has more protein than regular one that makes weight losing easier.

Asparagus has high levels of tryptophan and folate. According to recent research low levels of folate have been linked to depression in half of all cases of depression. Tryptophan is also used by your brain to make serotonin, as you know it is one of the human brain’s main mood stabilizing neurotransmitters. Note that turkey is another great source of tryptophan. While it has been thought to make people sleepy during Thanks giving day, this nutrient requires calories in order to activate its sedative effects.

Health benefits of honey are far more than just boosting your mood. It is far better than regular sugar. Honey contains quercetin and kaempferol, which help to prevent depression and keep your brain healthy by reducing inflammation in the whole body. It also won’t send your body into fat storage mode, as regular sugar does, by having less of an impact on blood glucose levels.

All tomatoes contain a substance known as lycopene. It is an antioxidant, which fights inflammation in the brain and generally protects it. For best results, try eating them with olive oil as olive oil helps to increase the absorption of lycopene.