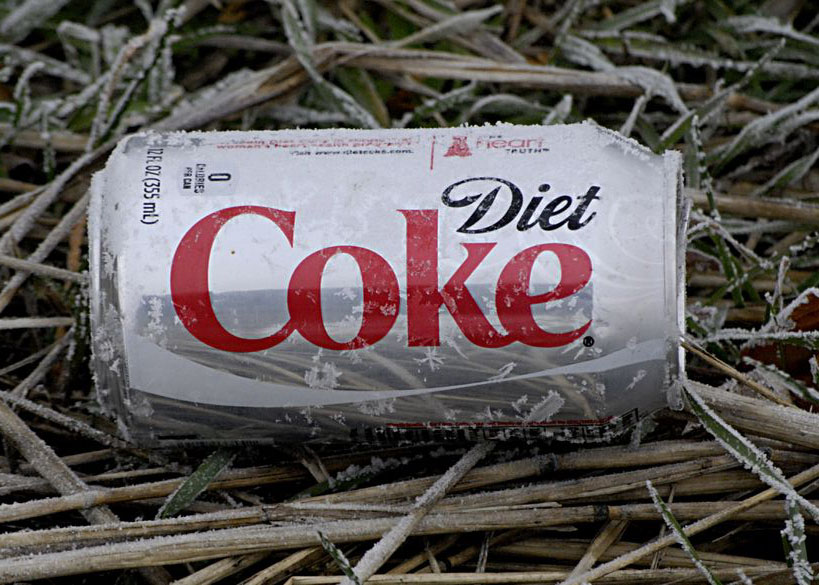 When it comes to weight loss and diet drinks, there is a lot of controversy – some claim that diet drinks actually do more harm than good and promote obesity rather than weight loss, while others say that the artificial sweetening agents found in the diet drinks can wreak havoc on your health in the long run. Nonetheless, recent studies have revealed that those who drink diet soda and other water-based diet drinks are more likely to lose weight. The results of one such study were published in the well-known journal Obesity, and it was conducted by researchers from the University of Colorado, as well as the Center for Obesity Education and Research at Temple University.

The study involves 300 adults divided into two groups, and while one of the groups would continue drinking diet beverages, the other would only stick to water. Those who took part in the study were between 21 and 65 years old, and the study was basically a randomized trial that involved comparing two different groups that were subjected to two different treatments. Their body mass index (BMI) was calculated before and after the study, and their initial BMI scores ranged between 27 and 40, which was considered between ‘overweight’ and ‘obese.’ The study was based on self-reporting, regarding the water intake vs. the diet beverage intake, and all participants were free to eat foods that contained hypocaloric sweeteners.

The test lasted for three months, and the results were encouraging for those that support diet drinks: the group that continued drinking diet sodas managed to lose around 13 pounds over the 12-week period, while the other group managed to lose, on average, four pounds less than that. Not only did the group that consumed diet beverages lose almost 30% more weight, but they also reported that they noticed a small decrease in hunger. The reason why the diet soda group managed to lose significant weight is likely because they continued their regular exercise programs while cutting down on calories.

On the other hand, the group that was forbidden from drinking diet soda actually had a higher calorie intake, from eating foods that were high in calories. However, the study did not track the overall calorie consumption of the participants, since it focused solely on the effects of diet soda. The group that did not consume diet soda overall had a more difficult time adhering to their weight-loss regimen compared with those who consumed diet soda. A theory related to this claimed that drinking beverages with a sweet taste also helped those from the diet soda group because they were less likely to experience sweet cravings as opposed to the other group. The taste of the artificially sweetened beverages was particularly helpful for those with a sweet tooth.