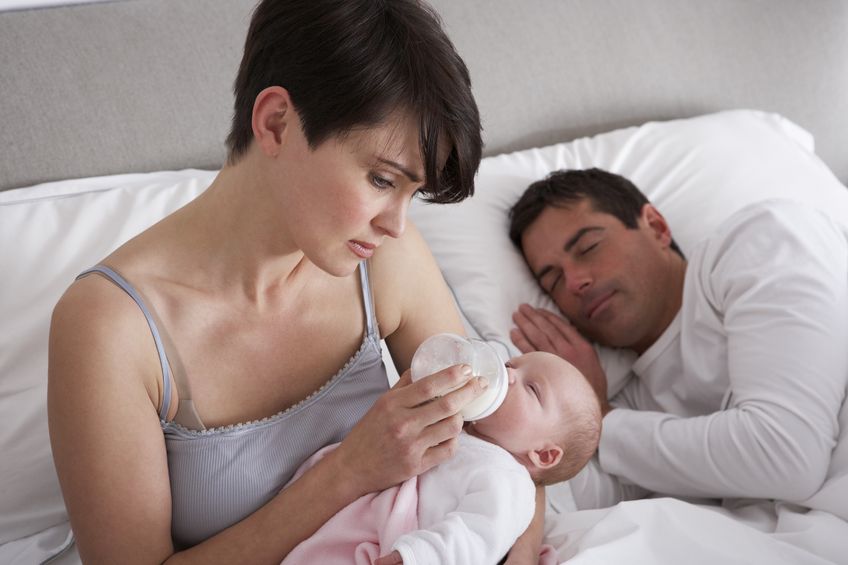 What Are the Main Causes of Postpartum Depression?

The causes of depression following childbirth vary – there can be just one main cause, or a combination of two or more causes. The emotional changes that the mother is going through right after giving birth is often the main cause, since it is commonly linked to sleep deprivation and anxiety of caring for the new baby. On the other hand, pregnancy and childbirth also involve many physical changes, especially hormonal changes that can eventually lead to the feared postpartum depression. Not only the sexual hormones, but also the thyroid hormones, change dramatically after pregnancy, which can lead to fatigue, depression, mood swings and many other symptoms typically associated with hormonal imbalance.

What Are the Main Risk Factors?

Although there is no way to predict exactly who will suffer from postpartum depression and when it may set in, there are some factors that are believed to increase the risk. If you have been depressed before, you have already been through postpartum depression, or you have any sort of problems in your relationship or marriage (be it trust, emotional or financial issues), then the risk for experiencing depression after childbirth is significantly higher. On the other hand, those who suffer from certain disorders such as PPD or bipolar disorder are at higher risk of developing postpartum psychosis, which can be even more dangerous than depression, both for the mother and the child. Stress of any kind coupled with a lack of emotional, moral or financial support and a family history of psychosis, depression or both can increase the overall risk.

Postpartum depression is a very serious condition that can degenerate into psychosis in some cases; this is precisely why none of the symptoms described above should be ignored or neglected. This is particularly important if you are a single mother, if you have a low socio-economic status or if the pregnancy was unwanted or unplanned. Millions of people experience postpartum depression each year, and there are skilled and trained professionals who specialize in helping new mothers overcome this condition before it leads to longer-term clinical depression or other mental health issues such as obsessive-compulsive disorder.