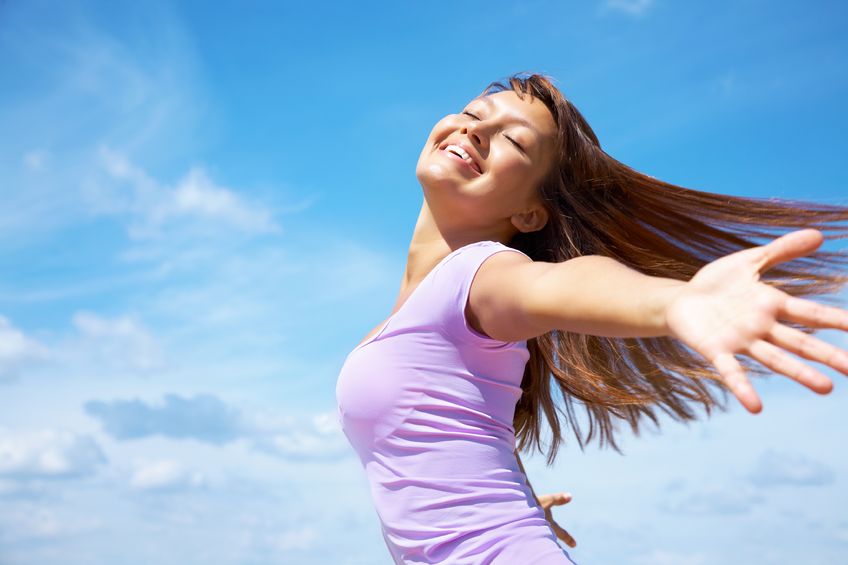 Throughout the ages, people have been very concerned about their weight, and have tried a plethora of different methods, pills and supplements to get a lean body. However, as a brand-new study suggests, the secret was in front of us all along. Everybody loves some good sunshine in the morning, but how many of us know that morning sun rays can actually boost our weight-loss efforts? All you have to do is wake up early and simply face the sun for around 20 – 30 minutes each morning, and the light will work its magic on you!

The study was conducted by several specialists and researchers at Northwestern University, who recently concluded that mid-term exposure to early morning light can truly help us be leaner. No matter if the light is pure, natural sunlight or bright indoor light, it seems to have the same effect on the human body. It is believed that the ‘weight-loss properties’ of morning light are connected to our sleeping habits, and synchronizing our sleep with the natural light-and-dark cycle of the sun can help us be leaner, healthier and happier.

Medically speaking, this light exposure is associated with a lower BMI, or body-mass index, which is used to determine whether a person has a normal weight or is overweight or obese. The Northwestern study involved participants who wore wrist monitors that were specially designed to measure the effects of light exposure on the bodies and BMI of the participants. Several variables were also taken into consideration in order to make the study as accurate as possible, such as the age of the participants, the season and the daily caloric intake of each participant, as well as their daily activity levels.

As the results of the study have shown, the participants who were exposed to 500 lux of light or above were able to experience the most significant change in the light-to-BMI ratio. While the outdoor, natural sunlight is rated at 1,000 lux and above, typical indoor light only has a power of approximately 500 lux. It is also believed that this exposure to light has something to do with the metabolism – by exposing your body to early morning light on a constant basis, your metabolism will regulate itself more effectively and burn more fat than it normally would.

Not only the amount of time you expose yourself to the light is important, but so is the intensity of the light, as well as the timing. Statistically speaking, getting daily exposure to moderately bright light in the morning results in a far lower BMI, as opposed to those who get their light exposure later in the day. The earlier the light exposure takes place, the lower the BMI of the individuals, and these findings are certainly encouraging for those who want to reach a more healthy body weight. Simply put, the BMI is calculated based on the ratio of height and weight of the person in question.

The bottom line is that regardless of the connection between morning light and BMI, an aspect of utmost importance for all those who are trying to shed pounds is fixing their sleep patterns so they will coincide with the natural daily light cycles, known as the circadian rhythms. This has to do with what is commonly known as the ‘internal body clock,’ and some researchers such as Phyllis C. Zee, who took part in the study, say that people should get bright morning light as often as possible, and that half an hour of morning light should be enough for us to notice encouraging results soon.