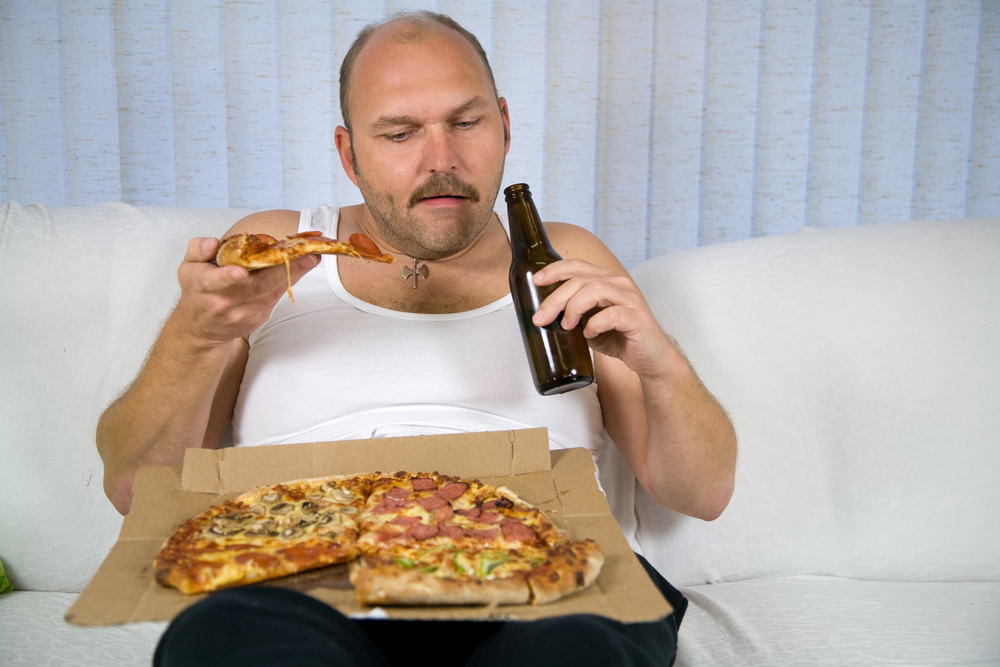 Today’s food industry companies have loaded most of their products with so much sugar, fat and sodium that eating any of the foods listed below on a daily basis can destroy all your hopes and wishes by slowly killing you not only morally but also literary.

1. Worst burgers Guacamole bacon burger: 1,819 calories – 91 g fat (28.5 g saturated, 2.5 g trans) – 3,451 mg sodium Of all the heart-threatening and life-shortening burgers of the world, there is none whose damage to the general wellness is as potentially damaging as this. This meal has the caloric equivalent of 10 donuts, the saturated fat equivalent of 25 strips of bacon, and the salt equivalent of 9 large orders of French fries. Bacon Triple Cheese Big Mouth Burger: 1,902 calories – 139 g fat (48 g saturated) – 4,202 mg sodium All burgers whose names are 20 syllables long are bound to spell trouble for the waistline. This burger has almost an entire day’s worth of calories and two days’ worth of fat. These burger menus tend to be the worst ones, so you are better off with one of the reasonable excuses to silence your hunger. Bacon Cheddar Minis: 1,359 calories – 85 g fat – 80 g carbohydrates. Diminutive dishes are one of the hottest trends in the fast food world nowadays, probably because most are looking for ways to stretch money, and you’d think that would serve conscious eaters well. But not under the careless watch of the burger barons, who manage to turn four mini burgers into the caloric equivalent of seven sugar donuts.

2. Worst Pizzas Grill Classic Pizza: 2,311 calories – 166 g fat (55 g saturated) – 4,921 mg sodium – 121 g carbohydrates. The problem with deep dish pizza is not just the empty extra calories and carbohydrates from the crust; it is that the thick doughy base provides the structural integrity to extra heaps of sauce, cheese and oily toppings. The result is an individual pizza with more calories than you should eat per day and more sodium than you would find in 28 small bags of potato chips. Oh, do not forget about nearly three days’ worth of saturated fat. Pizza with Garlic Bread Crust: 842 calories 45 g fat (15 g saturated, 3.6 g trans) 1,451 mg sodium. Regardless of the crust you choose, this one is dominated by nutritional duds. The greasy toppings and the bloated crust will saddle you with 55 percent of your day’s sodium, nearly twice the amount of trans fat you should take in per day and 75 percent of your day’s saturated fat. So you’d better hands off.

3. Worst foreign dish Beef with Rice and Tortillas, Beans, and Condiments: 2,230 calories – 91 g fat (44 g saturated) – 6,391 mg sodium – 254 g carbohydrates. Since when has it ever been a good idea to combine two already sodium- and calorie- packed dishes into one giant meal? This contradictory creation delivers nearly a dozen glazed donuts worth of calories, the sodium equivalent of 195 saltine crackers, and the saturated fat equivalent of 45 strips of bacon. Macaroni Grill Parmesan Crusted Sole: 2,191 calories – 142 g fat (57 g saturated) – 2,981 mg sodium – 144 g carbohydrates. Fish is normally a safe food, but this one proves that the thing is all in the preparation. If you fry this fish in a cheese of shell, be prepared to face the consequences. It means to meet your daily calorie, saturated fat and sodium intake in one sitting. Combo Lo Mein: 1,969 calories – 95 g fat (11 g saturated) – 5,861 mg sodium. Lo mein is normally looked at as a side dish, a harmless noodle to pad your plate of broccoli beef or orange chicken. This heaping portion, to be fair, comes spiked with chicken, shrimp, beef, and pork, not to mention giant-size slick of oil. What is the damage? It is one day’s worth of fat, 1 ½ days’ worth of calories and 2 days’ worth of sodium. Chicken Fajita Rollup: 1,451 calories. The problem with wraps is that they look like holding tanks for fluids, so hasty fry-cooks can squirt in much sauce and they do it without making it look messy. With rollup, the offending sauce is a Mexican-ranch sauce that looks suspiciously more like ranch than anything eaten in Mexico. But here’s the final insult: This so called healthy meal is served with fries. While eating them you will tack on 401 extra calories.

4. Worst sandwiches Large Tuna Melt: 1,761 calories – 134 g fat (25 g saturated, 1.6 g trans) – 2,121 mg sodium. In almost all other forms, tuna is a nutritional super food, so how did it end up as the worst sandwich? Blame an absurdly heavy amount of the mayo the tuna is mixed with, along with larger than anything portion sizes. Even though they have managed to change this melt down from the original 2,000 calorie mark being firstly tested, it still sits at the bottom of the sandwich ladder. Vegetarian Sub: 1,185 calories – 61 g fat (18 g saturated) – 3,533 mg sodium – 130 g carbs. Vegetarian does not always mean healthy. Sure, this sandwich has veggies, but it also has three different kinds of cheese and a deluge of oil tucked into a hulking roll. In fact it contains a cascade of carbohydrates and more than half a day’s worth of calories. For a truly healthy pile of veggies, try the garden salad since nearly all vegetarian sandwiches are far from a model of meatless eating.

5. Worst frozen meal White Meat Chicken Pot Pie: 1,161 calories – 65 g fat (25 g saturated) – 1,781 mg sodium. First of all, the potpie is one of the worst dietary foods, and the damage is all the more extreme when the pie seems as big as a kid’s head. Nobody splits potpies, and eating this whole thing will fill your body with more saturated fat than you should eat during your whole day.

6. Worst Breakfasts Arby’s Sausage Gravy Biscuit: 1,041 calories – 61 g fat (20 g saturated, 3 g trans) – 4,700 mg sodium. This is certainly one of the worst ways you can start your day. Eat this one and you will have consumed two full days’ worth of sodium before the noon comes. The key to maintaining a reasonable blood pressure for most people is to take in at least the equivalent amount of potassium and sodium throughout their day. The problem with this biscuit is that you are consuming a heart-threatening level of sodium and almost no potassium. Throw in an abundance of trans fat and calories and you might have been better off sleeping in. Pancake and Sausage Bowl: 711 calories – 30 g fat (12 g saturated) – 891 mg sodium – 35 g sugars. Saturated fat from the sausage, a disastrous trifecta of refined carbohydrates from the pancakes and added sugar from the syrup. So find other less than 401 calories immediately and make the switch. The Big Steak Omelette: 1,491 calories. It is not clear what is more concerning: never ending stacks of sweets slathered with margarine or the reckless attempts at covering the savory side of breakfast with entrees like this one. With close to 3-quarter of a day’s worth of calories loaded into its egg shell, thanks to a heaping portion of fatty beef, you are on the way of eating rice cakes for the next two meals when you start your morning off with this monster. Try enjoying garden scramble and two more real meals instead.